Southeast Asia has been one of the crossroads of the world since ancient times. Traders from many lands travelled the maritime routes connecting East Asia with the Indian Subcontinent, the Middle East, and Europe. Consequently, Many foreign merchants settled in Singapore and other pivotal centres along this route, married local women, and contributed to the development of a vibrant, hybrid culture. “Peranakan” comes from a Malay word anak (child), which can be loosely translated as “local-born” (as in born here, but not considered native). Chinese Peranakans are the majority, but there are also Peranakan communities of other ethnicities in Southeast Asia, including Arab, Indian, and Eurasian.

Who are the Peranakans? Southeast Asia has been a crossroads for trade from time immemorial. Traders from all over the ancient world came to exchange their goods for the exotic products of this region. Many of them only stayed for a short while, but some ended up marrying local wives and remained in Southeast Asia. Their descendants are the ancestors of the Peranakans.

its association with the remarkable culture of Peranakan folk, or Baba-nyonyas, the meaning and intentions behind Peranakan motifs and symbolism are of universal application. The Phoenix, which is widely represented on Peranakan porcelain, is a celebration of femininity, marriage and grace. The Peony, in its floral splendour, reminds us of the importance of honour and virtue.
Peranakan colours are bold as they are radiant. Motifs and symbols on nyonya porcelainware are depicted in rose pink, yellow, and hues of green and blue. The result is a work of art – beautiful, psychedelic and outstanding.
To Conserve Peranakan culture in Singapore, we hope that our products will play a part. Our products are all hand-drawn, hand-coloured and heated up to 900 degree to last the drawing for decades. 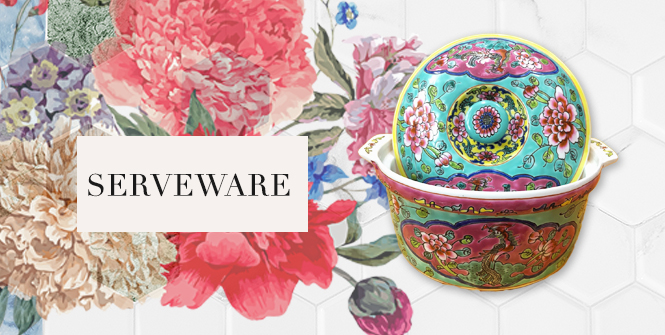 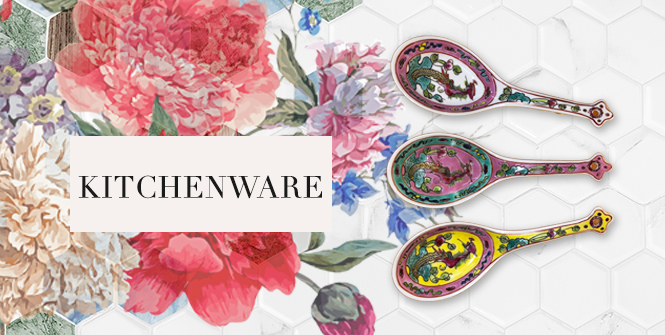 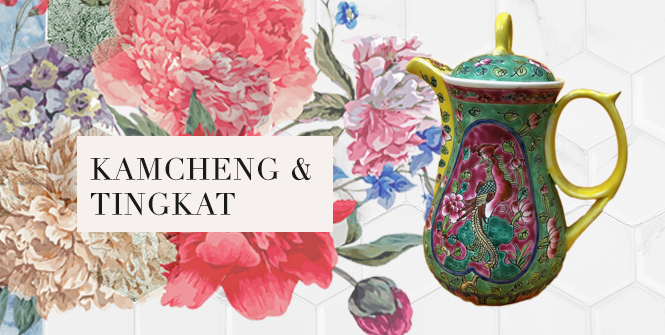 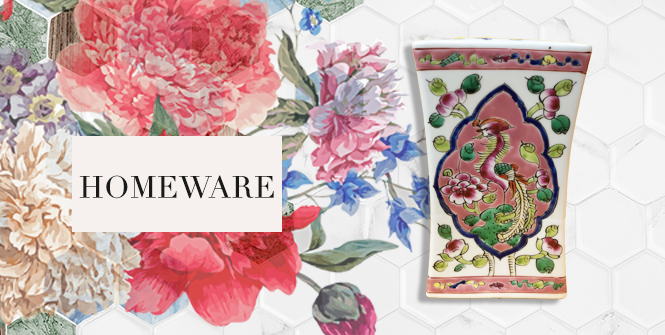